The role of the NJACS Younger Chemists Committee is to promote the interests of members under the age of 35 (or close to that age).It provides graduate students, post-doctoral chemists, and young professionals with the opportunity to interact with other chemists in the section, to help them better direct their careers, and to increase their involvement in the ACS.

We do it through organizing social events, volunteering, networking and mentor/mentee opportunities, talks, seminars, and generally having a bit of fun. Membership is free.

We have been revamping and reinvigorating the club in the last few years and have a host of new and exciting activities planned for this year.

So What Can You Do?

If you are under 35 (or just think you are!!) we need your feedback. What events do you want to see? How can we help you? We are here to serve you, so please send us your comments and suggestions. Better still, get involved!

For more information about our group or upcoming events please please email us, join us on Twitter (@NJACSYCC), or check out the new National ACS YCC site: https://acsycc.org.

How to Translate Your Academic Studies into an Industry Career

Biographical Sketch: Jarod Grossman received his B.A. in both Chemistry and Environmental Science from Drew University in 2012. He earned his Ph.D. in Chemistry from Syracuse University in 2016, working in physical and environmental/ atmospheric chemistry. Jarod’s Ph.D. research centered around the study of chemistry in earth’s various environments, specifically the photochemical fate of pollutants in the natural environment, most notably waters. Jarod is a Senior Scientist in the Software & Informatics Division at Agilent Technologies, leading software marketing strategy, content, and commercialization. Prior to this role, he was an Application Scientist focusing on designing comprehensive solutions for customers by developing and implementing HRMS, informatics, and statistical workflows specialized for small molecule analysis. Before Agilent, Jarod was a Postdoctoral Fellow at the US EPA’s National Exposure Research Lab where he developed workflows for non-targeted analysis and suspect screening to map the chemical space of common media and environments, leading to novel exposure forensics and exposure classification. Jarod has become a leader in the field of Exposomics, consulting with researchers and scientists around the world as one of the foremost experts. 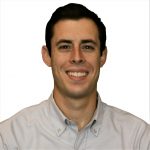 Join the YCC for a fun day of hands-on science demonstrations for children at the Liberty Science Center. This year’s theme is “Marvelous Metals”. Volunteers may sign up to help from 10:30-12:30, 12:30-3 or all day and can visit the LSC exhibits for free after the ChemExpo.

Please contact Sandra Keyser (sandrakkeyser@gmail.com) if you plan to participate in this event.

For the full picture of NJACS activities for ChemExpo / NCW at LSC that day, click www.njacs.org/NCW.

Join the NJ-YCC for a fun social event where you can network with other local younger chemists. Test your general knowledge – with free appetizers – on Wednesday, November 28th at 8 pm. (You do not need to be 21 or older to participate!)

Please RSVP by 11/26 by email to njacsyoungerchemists@gmail.com

We hope to see you there!

Join the YCC for a fun day of hands-on science demonstrations for children at the Liberty Science Center. This year’s theme is “Chemistry is Out of This World”. Volunteers may sign up to help from 10-12, 12-2 or all day and can visit the LSC exhibits for free after the ChemExpo.

Please contact Sandra Keyser (sandrakkeyser@gmail.com) if you plan to participate in this event.

[Excerpt from an article by Linda Wang in the C&EN News. The full article is here.]

The ACS Committee on Project SEED has announced the winners of its 2017–18 college scholarships. The recipients, who were selected from participants in ACS’s Project SEED research program, received one-year nonrenewable scholarships of up to $5,000 to help cover tuition and fees during their first year of college. The 27 scholarships for the 2017–18 academic year, which have a total value of $135,000, were funded by private corporations and individual donors. Additionally, three Project SEED alumni in their sophomore year received the three-year renewable Ciba Specialty Chemicals scholarship, which provides $5,000 per year.

Alfred Bader is one of the founders of Aldrich Chemical, now Sigma-Aldrich. The Baders have supported Project SEED for many years and contributed to the initiation of the Summer II SEED program.

Camila Sierra Gutierrez graduated from Union City High School in New Jersey. Under the mentorship of Roman Voronov and Long Pham at New Jersey Institute of Technology in Newark, she conducted research titled “Simulation of Artificial Bone Tissue: Chemotaxis of Stem Cells in Microfluidic Devices.” She is majoring in chemical engineering at Hudson County Community College in Jersey City, N.J.

Nicole Taylor graduated from East Orange STEM Academy in New Jersey. She conducted research titled “Electrochemical Reduction of CO2 with Microwave-Enabled One-Pot Metal/Carbon Catalysts” under the mentorship of Huixin He at Rutgers University in Newark. She is majoring in chemical physics and physics at Rensselaer Polytechnic Institute in Troy, N.Y.

Trivia Night at Fox and Hound

Join the YCC for a fun social event where you can network with other local younger chemists. Trivia starts at 7pm!

I want to let Northern NJ young chemists know about a scholarship we have at Montclair State University for M.S. study in Chemistry and Pharmaceutical Biochemistry.

The program is called OPEN-NJ.   For details, please visit www.montclair.edu/csam/open-nj and view .

Basically the scholarship pays for most of a student’s tuition for a 2 year M.S. program at MSU (Chemistry, Biochemsitry, Pharmaceutical Biochemistry). Classes are at night starting at 5:30 pm or later Monday–Thursday.

On Sunday, February 26th, there will be a graduate open house at MSU. Students can meet with me and other chemistry faculty to discuss the program, and Open House attendees who apply to a program will receive a $60 application fee waiver.

Here is the link to register for the open house: register

Tales of Lab Safety: How to Avoid Rookie Accidents

YCC will be hosting a the national webinar about Tales of Lab Safety: How to Avoid Rookie Accidents.   Refreshments will be provided.

Join the YCC for a fun day of hands-on science demonstrations for children at the Liberty Science Center. This year’s theme is “Chemistry Colors Our World”. Volunteers may sign up to help from 10-12, 12-2 or all day and can visit the LSC exhibits for free after the ChemExpo.

Trivia Night at Fox and Hound

Join the YCC for a fun social event where you can network with other local younger chemists. Trivia starts at 8pm!

2023 National Chemistry Week: “Chemistry is Out of This World”