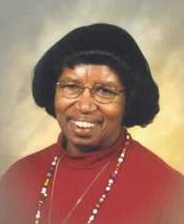 She received a fellowship from the Chemical Heritage Foundation four years ago to begin the formal research for this history although she had started the research informally many years before when she met her mentor, Dr. Marie Daly the first African American woman to receive a PhD in chemistry. She worked on a research team at Rockefeller University whose research was sited by James Watson in his Nobel Prize speech! (Vol. 2 pp 535 – 536 AANB) If you would like to read ms Brown’s biography it is listed in Vol. I pp 617-619 AANB.

She is currently in the process of expanding on her writing to produce a book since none exists that cover the lives of African American women chemists. Ms Brown produced an Excel spread sheet that serves as an index to all the chemists and chemical engineers in this series of books.

The African American National Biography will present history through a mosaic of the lives of thousands of individuals, illuminating the abiding influence of persons of African descent on the life of this nation from the arrival of Esteban in Spanish Florida in 1529 through to notable black citizens of the present day.

Available initially as a handsome 8-volume set containing over 4,000 entries written and signed by distinguished scholars, the AANB will continue to grow along with the field of African American biographical research, and continuous updates to the online edition will bring the total number of lives profiled to more than 5,000. This is a remarkable achievement, an eightfold increase over the number of biographies contained in 2004’s award-winning and substantial African American Lives .

In addition to Frederick Douglass, Booker T. Washington, W. E. B. Du Bois and Martin Luther King Jr., the AANB will include a wide range of African Americans from all time periods and all walks of life, both famous and nearly-forgotten. In the words of AANB editor Henry Louis Gates, Jr., “These stories, long buried in the dusty archives of history, will never be lost again. And that is what scholarship in the field of African American Studies should be all about.”