Dr. Tom Connelly to speak at PACS on June 20

The Princeton Section of ACS (PACS) invites members of NJACS to join them at their June 2019 meeting and dinner at which the invited speaker is the CEO of the American Chemical Society, Dr. Tom Connelly. 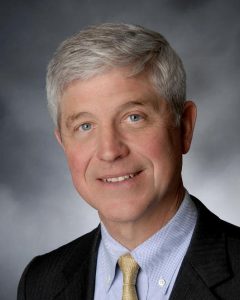 “Current developments within the American Chemical Society, with special emphasis on meeting needs of chemical scientists across the global chemistry enterprise.“

The meeting is on Thursday, June 20.  Further details including time, venue, and dinner arrangements should appear at:  www.chemists.princeton.edu/pacs/category/pacs-events/  (please be patient, that website is very slow!)

Executive Director and CEO of the American Chemical Society. Prior to joining ACS, he served as Chief Science and Technology Officer, and then as Chief Innovation Officer, for the DuPont Company. In these roles, he was responsible for science and technology with special emphases on polymer science, chemical process development and, later, bioprocessing for chemical synthesis and production. At DuPont, Connelly led R&D organizations and businesses while based in the US, Europe and Asia. He graduated with highest honors from Princeton University with degrees in Chemical Engineering and Economics. As a Winston Churchill Scholar, he received his doctorate in chemical engineering from the University of Cambridge. Connelly was elected to the National Academy of Engineering, and currently chairs the National Academies Advisory Committee on Earth and Life Studies. He has served in advisory roles to the U.S. Government and the Republic of Singapore.