To obtain further information about the Awards Committee please contact:

A small college is an educational institution which has an established B.S. and no Ph.D. teaching program in chemistry or chemical sciences. The Award consists of $750.00 and a major Award Plaque.

The Cecil L. Brown Lectureship is awarded periodically and is designed to bring outstanding chemists on campus. It provides a $2,000 grant to a department that awards the Ph.D. degree. Learn more about the 2011 winner Louis Brus and the most recent award ceremony that was held at the Fiber Optics Auditorium on the Busch Campus of Rutgers University, Piscataway NJ.

The MARM Award is presented at the MARM meeting to one teacher from the sponsoring sections. The winner is selected by the MARM Committee. Nomination is through receipt of the Section Award (Edward J. Merrill Award) in High School Chemistry Teaching. The Regional Award consists of $1,000 and a Certificate of Recognition for the recipient and another for the recipient’s school.

The James Bryant Conant Award is sponsored by the Ethyl Corporation. Selection is from Regional Award winners and others nominated where regional awards do not exist. The winner is chosen by the National Award Committee. The Conant Award consists of $5,000 and a certificate and is presented at the Annual Spring Meeting of the ACS. 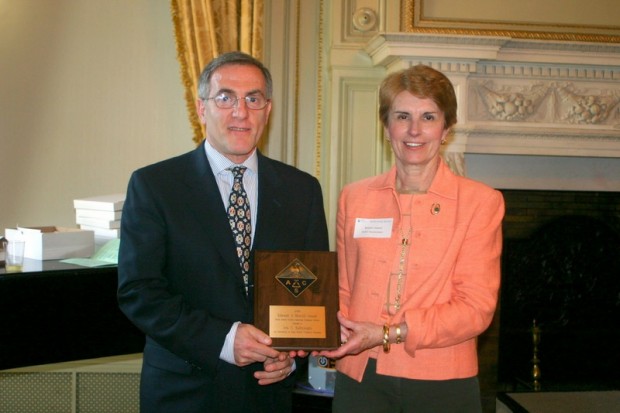